Getting 300,000 children on to life-saving treatment

ACT is an ambitious $200 million programme to put 300,000 children living with HIV on life-saving treatment in nine African countries within two years. As that implementation period comes to a close, lessons from this intensive undertaking are beginning to emerge.

Four case studies of the paediatric HIV experience are highlighted below. The cases, including two short films, focus on four core components of the ACT Initiative: testing, treatment, retention and adolescents.

Facilities in Tanzania’s Shinyanga region have radically overhauled the way they find HIV-positive children. Since implementing a new approach to testing, the number of children tested in ACT-funded facilities in Shinyanga (Tanzania) has soared by 156% to 55,027. The targeting approach also helped to increase the number of children testing HIV-positive by 61%.

Click here to download a PDF explaining this new approach and how it is helping to identify children living with HIV, enabling them to seek treatment.

Shinyanga’s twelve Adolescent Clubs are a lifeline for their 475 members, aged 10 to 19, the population group at the highest risk of sickness and death from HIV. Interspersed among fun and games is a deadly serious agenda of discussion and education.

Watch this video and Click here to download a PDF with more information on the Adolescent Clubs and how they are changing the lives of adolescents living with HIV.

Since mid-2015, with funding from the ACT Initiative, mentors have swarmed 24 health centers in Shinyanga, increasing nurses’ skills and confidence in treating children with HIV. These facilities have since seen a significant drop in the number of deaths among paediatric HIV patients.

Click here to download a PDF explaining how the mentoring works and the difference it is making in Shinyanga.

The proportion of children disappearing from HIV treatment for three months or less is often more than 30%, with death a frequent outcome. But that is changing for the children of Shinyanga. In mid-2015, health facilities started to implement a new tracking protocol, improving how they track patients and mobilising volunteers to find these missing children and bring them back into care.

Watch this video and Click here to download a PDF and learn more about how tracking is ensuring that children living with HIV have the best chance to survive.

These short cases and videos offer a mere glimpse into the complex cascade of strategies, logistics and psychology required to save children from a life-threatening disease. While all of the stories are drawn from one region, Shinyanga in northern Tanzania, and the work of only one of ACT’s dozens of implementing partners around the continent – the Ariel Glaser Pediatric AIDS Healthcare Initiative (AGPAHI), an indigenous Tanzanian organisation–they show the kinds of activities led by partners across the initiative. 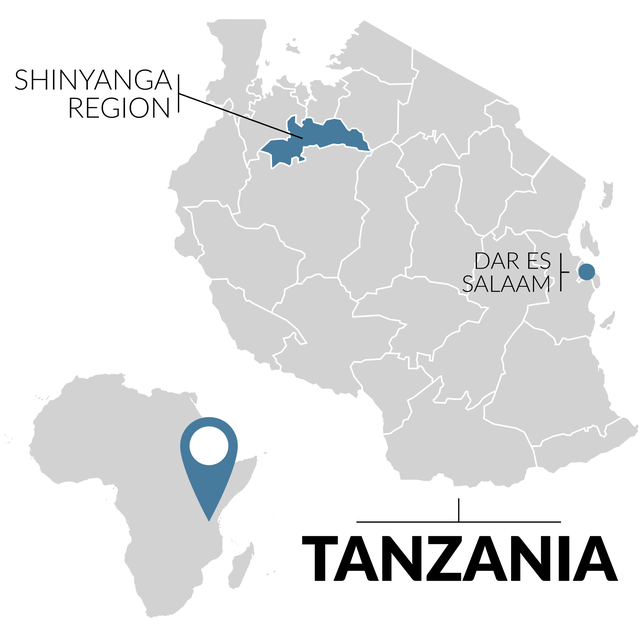 Like all of the regions targeted by ACT, Shinyanga is a high priority for tackling HIV in children. The region has the fourth-highest prevalence of HIV in the country – 7.4% compared to the 5.1% national average, and it reaches as high as 15% in some of the ‘hot spots’ where ACT is working. In many ways Shinyanga is a paradox. Slightly smaller than Costa Rica with a population of about 1.6 million, it is a center for the mining of diamonds, gold and other minerals, as well as cattle ranching and cotton production. Despite these riches, the vast majority of the population lives in extreme poverty with low literacy rates, and survives on subsistence farming.

On the ‘crossroads’ connecting Tanzania to Uganda, Rwanda, Burundi and the Democratic Republic of the Congo, it is also frequented by travelling miners and truckers. This combination of poverty and traveling men with ready cash leads to the spread of HIV. Add in the high proportion of youth, with nearly 60% of the population under the age of 19, and the highest rate of teen pregnancy in the country, and Shinyanga is a recipe for paediatric HIV. If the strategies in these cases can work in Shinyanga, they should offer hope for children everywhere.

The Accelerating Children’s HIV/AIDS Treatment Initiative has been supported by:

We are grateful to The Ariel Glaser Pediatric AIDS Healthcare Initiative for facilitating the research for the case studies and videos.